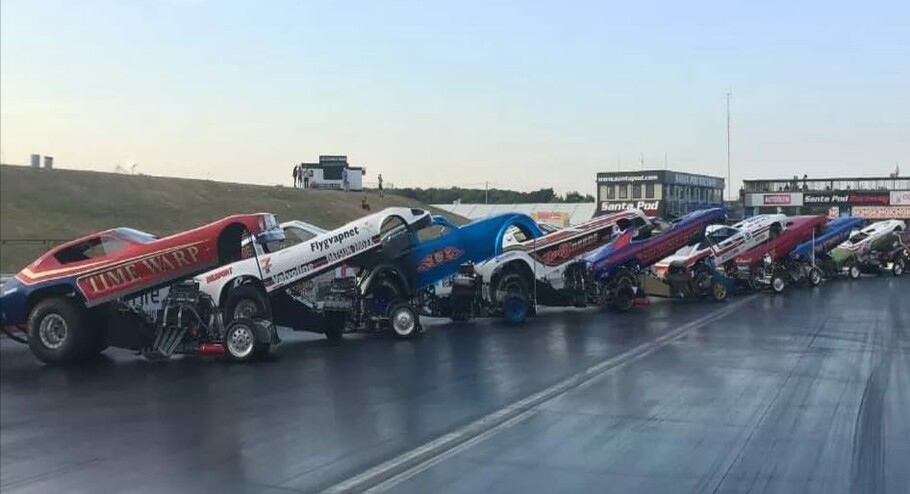 It was a great sight to see Apache back at Santa Pod for the Springspeed Nationals in the capable hands of Tim Garlick. After taking a year out would it take long for the team to get back on terms with the car, we didn't have to wait long to find out, about 2 runs!

For the first run it appeared to be a planned half pass to check out the car and systems, that said a 60ft time of 1.036 was pretty stout to say the least! Tim then went on the trip the half track markers in 4.108 seconds at only 157.2mph, indicating Tim may have been off it just before the 1/8th.

And from another angle. Video courtesy of www.eurodragster.com

Observed runs were the order of the weekend for Paul Harris, piloting the Chi Town Hustler Dodge. Having 1 launch under his belt at a 'run what you brung' a few weekends prior, short track numbers were the aim.

On Saturday the team towed down looking for a representative 60ft pass. With the burnout complete Paul brought the car into stage and when the tree ran hit the peddle. An impressive 1.289 was the reward, well done to the team, especially impressive for only the second launch on the car!

Sunday morning came and with the car turned around and warmed up it was time for another go down the 1/4 mile. Sadly this wasn't to be as a small amount of fuel got under the rear left slick turning it sharply towards the wall. Pauls fantastic reactions managed to get off the throttle and steered away from the wall. Sadly the car grazed the wall, but due to Pauls reactions it was only the lightest of touches. The team were able to effect repair on the bent headers to have another go on the 1/4 mile later that day. 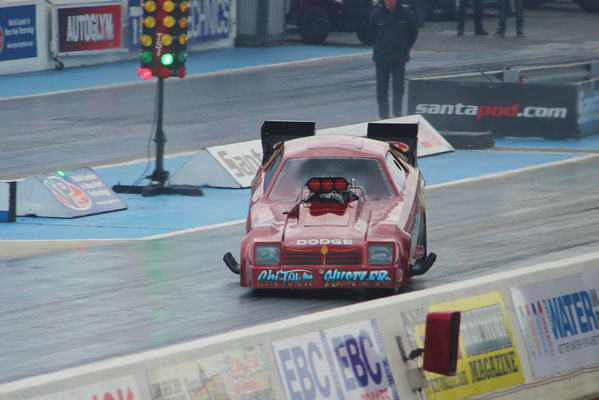 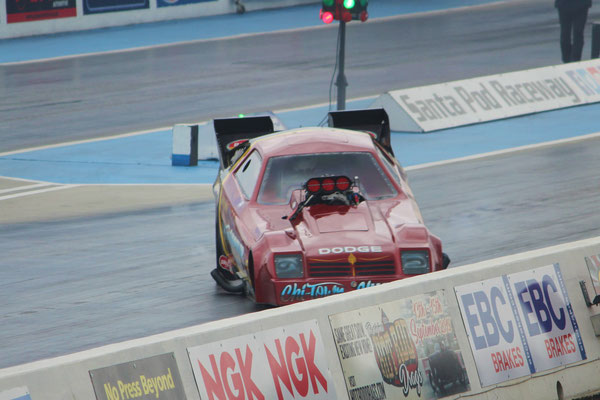 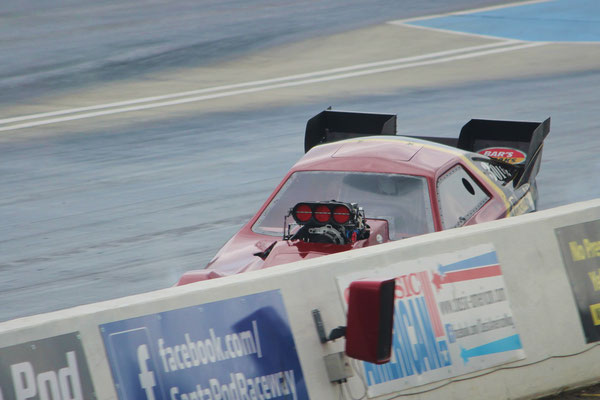 Thank you to Andy Rogers of Eurodragster for the footage

Sunday Afternoon was the last scheduled appearance for the class, and with repaired headers the Chi Town Hustler made it down. With the car fired up Paul pulled around for the pass, however after the burnout the motor sounded like it was trying to lean out. When the car made it back to the start line it was shut down, a shame to end the weekend this way, but better to end it with an intact car rather than risk pushing it down the track.

Many thanks to Andy Rogers for the videos and to Andy Marrs and the Santa Pod Timing Crew for the numbers from the runs.

The next planned outing for the Nostalgia Funny Cars is at Santa Pod's Dragstalgia Event, hopefully see you all there!

You can do it, too! Sign up for free now at https://www.jimdo.com